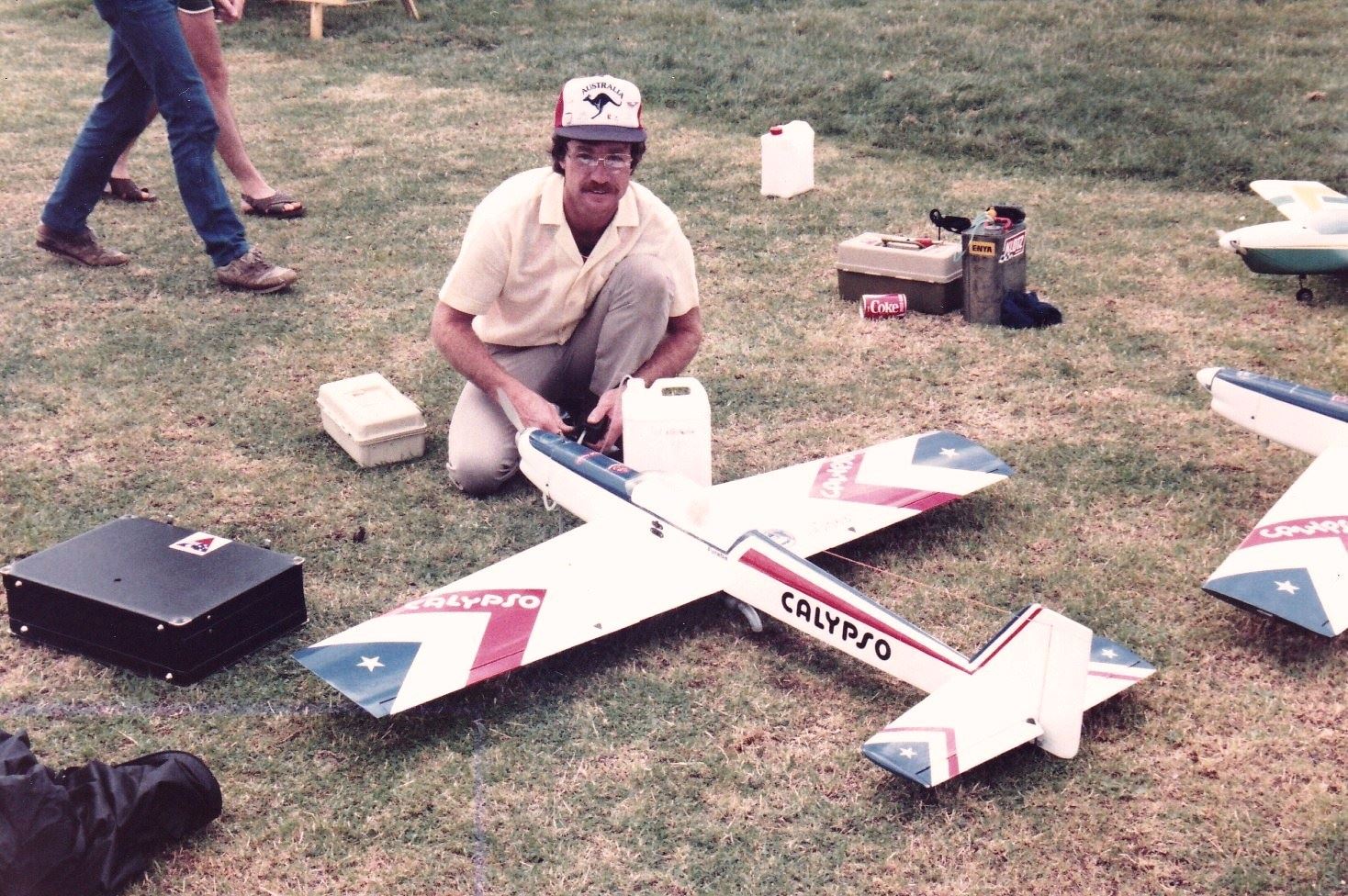 A short article by Shayne Lysaght.

When Tom Prosser withdrew from the 1985 WC F3A team, Paul Whiteman got the call to replace him.

Paul was the first reserve and he was ready to fly out to Holland, two Squirrels boxed up with his dry sense of humour. He was the perfect team member; selfless, humorous, unintimidated and outwardly carefree. I can’t recall the flight to Schipol Amsterdam, but I do remember the anxious wait as our boxes arrived undamaged, followed by all four of us piling into a green hire van, the back seats were removed and the model boxes and suit cases stacked high.

Paul probably thought it would be his only chance to compete at a World Championship, he was there to have a go, he was there to help the team and watch the best flyers with the best equipment. Our accomodation was basic, two rooms, a small breakfast table, lounge and stacked bunk beds in the bedroom, he’d go to bed last, satisfied only after he had us all giggling. The accompanying photo shows us mixing fuel on the kitchenette bench.

Paul didn’t care if Hanno or Wolfgang were strutting along the flight lines, or the Japanese models were perfectly painted, feathery light with varypitch and the latest gadgets, or the American team of Brown, Helms & Frakowiak were boisterously holding court in the accomodation village. Whiteman just stood back, rocking gently from heal to toe, wry smile, hands in tracksuit pockets, saving his comments for later; when we’d all chuckle at his clever, concise observations. He flew alright, scored alright, I don’t think it bothered him either way as he enjoyed the experience and this relaxed approach relieved the pressure on the rest of the team. He made us all better, he would have been a brilliant Team Manager.
It was the best two weeks of my youth and Paul was like a big brother, I met him recently at the 2018 Nationals, I told him how important he was to the team in Holland, he just rocked from heal to toe with a wry smile, hands in pockets. I suspect he enjoyed those two weeks as much as I did.