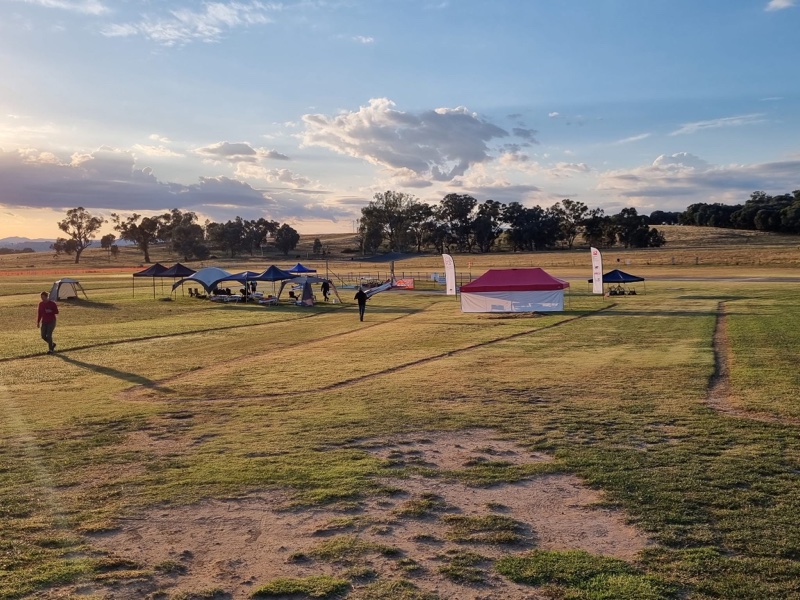 I was away at work the week before the APA Championships, so I was going to set up the comp while away. However, sometimes things just don’t go as planned. There was an update for my laptop sitting there, so I decided to do that first off. Well, that didn’t go too good at all. Something went wrong during the update and I couldn’t get into my laptop. After a couple of days trying different things, I eventually bit the bullet and uninstalled/reinstalled Windows. That worked, but resulted in all my apps being deleted and losing all of my emails. Oh well, at least I had access again.

There was also a new version of Notauscore out, so I thought I would download that to my Raspberry prior to setting up anything. The new “image”, would not load to the micro SD card. After a number of tries I messaged James McAllen. He logged in through Team Viewer, but couldn’t load it either. We decided the SD card was the problem. I didn’t have a spare, so James set up the basic comp, which meant I only had to allocate judges and flight orders etc. Not as easy as it sounds, but I had a good start with the basic comp already set up. A huge thanks to James for his help with my Laptop and Notauscore. P.S. As it turned out, it was the SD card adapter that had failed, not the SD card.

I arrived at TCMAC on Wednesday and the field was looking good. Adverse weather conditions in some States, had prevented much practise, so some pilots had arrived at the venue early to catch up on missed out flying time. On Thursday, the judges tents and the tent for the scoring centre were erected. All was looking good for a fantastic weekend of flying.

After a windy start to the week, it gradually settled as the weekend approached. Conditions were pretty good for official practise on Friday and was forecast to be better over the weekend. As this was a round for the 2023 Wch Team Trial, model processing was also carried out on Friday. A big thankyou to Phil Spence and Norm Morrish for volunteering to do this.

There were 37 entries, which covered all classes, competing in the 2022 APA Championships that was held over the weekend of 9th – 11th March. It was great to have most States represented as well. This was also the first round of the Team Trials for the 2023 World Championships, which saw a large number of entries in the Team Trial. As usual, the host club presented a very well set up and maintained field and the canteen was also operating over the weekend. It’s a credit to the club members and very much appreciated by all those that attended. 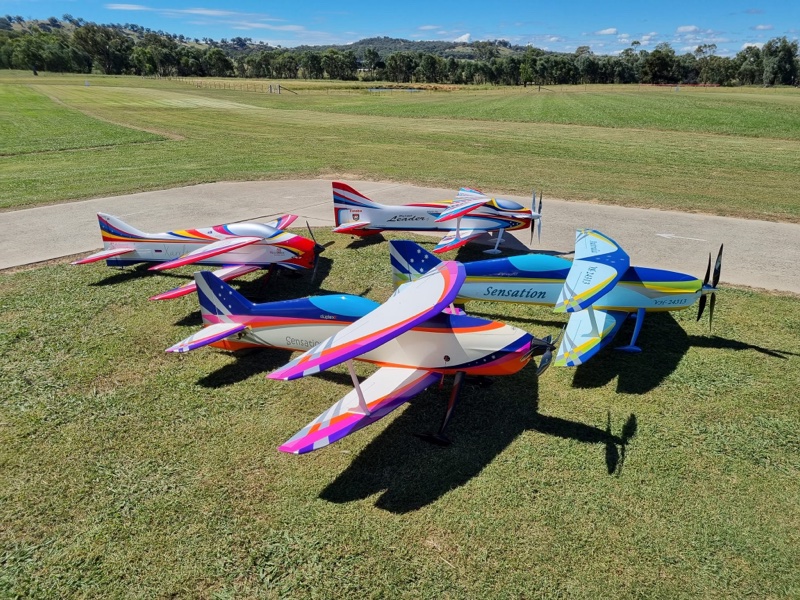 There was a spread of mono and biplanes, with a variety of electric single prop and contra drives. As is pretty much the norm these days, there was a lone DZ200cdi still flying the YS flag.

The break down of the classes were:

The plan was to fly 6 rounds for all classes and 4 rounds of P23 for the Team Trial over Saturday and Sunday, with the top 50% of Team Trial entries progressing to the Finals on Monday. With the weather playing along nicely and Norm Morrish cracking the flight director whip, everyone was where they were supposed to be at the the right time. The Notauscore electronic scoring system performed well with no issues and there were no major hold ups, so the flight schedule was completed as planned by Sunday afternoon.

This sport can be unforgiving at times. It was a shame that 2 models crashed, in separate instances. One pilot had a spare plane and the other bought one during the comp, so great to see both back in the air.

At th end of Sunday afternoon, all classes had completed 6 rounds and the TT 4 roiunds of P23. This only left 2 Finals rounds of F23 to decide the final placings in the first round of the 2023 Wch Team Trials.

The 6 pilots going through to the Finals were:

Monday morning saw the 6 finalists arrive to fly 2 rounds of F23. As most hadn’t really seen F23 flown, there was a demo flight flown before each round. Thanks to Russell Edwards and Mark Hu for flying the demos. All pilots flew well, putting on a great Final.

After the dust had settled, these are the winners for all classes:

Team Trial places after Round 1 and number of points:

Congratulations to all team Trial entrants. A lot of hard work and lots of practise was done leading up to the event. And now, a lot more to come before Round 2 in September.

Macklin Dodd is our first Wch Junior Team Trial entrant for a long time. Mack has only recently starting flying and flew well stepping up to fly P23. I’m really looking forward to watching Mack progress over the next 18 months.

Finally, a big thankyou to the APA committee, all those that helped at the event and James McAllen for assisting with scoring system.